Know All About Driving License

KNOW ALL ABOUT DRIVING LICENCE Vehicular traffic is operational on public roads. Therefore, ownership of transportation requires prior approval from designated authorities, as well as accountability…

KNOW ALL ABOUT DRIVING LICENCE

Vehicular traffic is operational on public roads. Therefore, ownership of transportation requires prior approval from designated authorities, as well as accountability for proper functioning. This is known as a driver’s licence.

The Significance of a Driver’s Licence

The concept of a driving licence came into existence in the late 19th century. Karl Benz was the first individual authorized to drive his vehicle in the public domain.

Initially, driving licence implied proof of ownership and permission for driving with a specific speed limit. Conducting specialized tests for the issuance of driver’s licence started in 1934. This was carried out with the aim of educating drivers about regulations for traffic, road signs, etc.

Basically, a driver’s licence provides permission for any entity for vehicular ownership. In turn, accountability is expected from the holder of the driving licence with respect to following traffic regulations and avoiding traffic fatalities.

A driving licence is a government-issued document for operating transportation vehicles. The licence number issued is completely unique to every individual. It has the following components –

Other details given are –

The licence also contains a security design (chip) for recording driving licence details in the event of traffic rule violations.

In India, a driver’s licence is issued under one of the seven categories.

How to Apply for a Driver’s Licence?

No individual can drive a vehicle without a valid driver’s permit.

The official website of the Transport Ministry has a separate section focused on applying for driving licence. An online pro forma has to be filled up, followed by uploading of the required documents, and other details.

The person wishing to acquire a new licence can book a slot for the driving test according to personal convenience. Additionally, payment of fees has to be done online depending on the licence type to be acquired.

The driving licence test in India comprises of two parts –

When is Driving Licence Checked?

After passing the theory and practical examinations, the status of the driver licence can be checked online.

After issuance of the licence, one is required to carry it whenever driving. The driving licence check is essential for its validity and to prevent impersonation. Alternately, the police may scan the chip present in the licence in order to issue a violation ticket.

Traffic offences can range from missing a signal, lane changing, crossing speed limit, riding without a helmet, parking in the restricted area, etc.

A driving licence loses its validity after the expiry date. Therefore, it is extremely essential to renew it on time. Renewal fees are charged accordingly.

The official website of the Transport Ministry contains an online form which is required to be furnished completely for driver’s licence renewal. Required documents are to be submitted at Transport Authority office, and a renewed licence is thus issued after a span of fifteen days.

A buffer period of one month is provided beyond the date of expiry. If renewal is not completed in this one month, the individual will be required to appear for a repeat examination for a fresh driver’s licence.

Acquiring a driving licence in India is much simpler as compared to other countries. Driving a vehicle on public roads requires complete accountability towards pedestrians as well as policemen. In the Indian system, a driver’s licence also serves the purpose of identity. Therefore, this document should be handled with complete care. One should try their level best to maintain traffic discipline so that public roads become a safer means to travel. 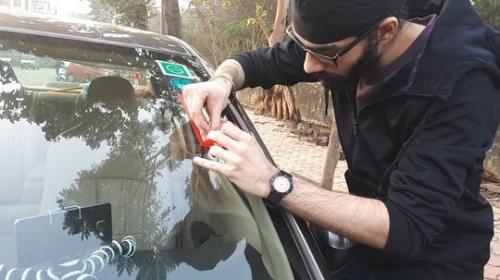 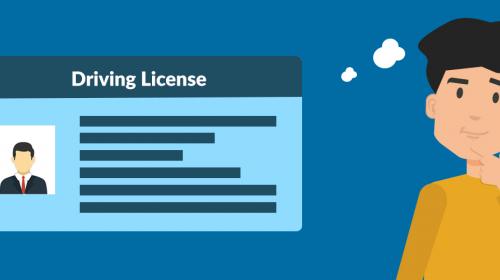 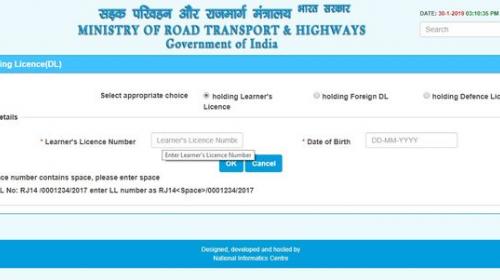