How SC's No PUC, No Insurance Renewal Verdict Will Impact

To have a firm control over rising menace of pollution, the Supreme Court of India has issued a landmark directive. According to this rule, no vehicle insurance will get renewed unless the owner…

To have a firm control over rising menace of pollution, the Supreme Court of India has issued a landmark directive. According to this rule, no vehicle insurance will get renewed unless the owner shows PUC (pollution under control) certificate.

It is a small yet high impact step to fight environmental degradation caused by motor vehicles. It's also a much-needed step forward in our ongoing fight against pollution especially in big and highly populated cities such as Mumbai, Delhi, Bangalore, and Chennai

How is pollution harmful at multiple levels?

There are various elements in the motor vehicle exhaust emission like Carbon Dioxide, Carbon Monoxide, Nitrogen Oxides and Hydrocarbons. Cars release greenhouse gasses, for example, carbon dioxide that causes global warming. Some air particulate matter and pollutants from cars can put inside on soil and surface waters through which they come in the food chain; such substances can influence the reproductive, immune, and neurological and respiratory systems. Sulphur oxides and nitrogen oxides are main donors to acid rain that changes the pH of soils and waterways and can harm the organisms who depend on such resources.

Knowing the impact of the verdict

The exponential growth in the population of vehicles as well as the dominance of old automobiles on Indian roads causes the issue of inspection of PUC as a prime concern in India. We can see various aggressive initiatives carried out by the government to control pollution by introducing new emission rules and fuel quality improvements. With the same objective, the government has issued the “No PUC, No insurance renewal” mandate.  In this way, all the vehicles would be under pollution control standards. Consequently, it will help the environment to stay healthy and pollution-free.

A high amount of smoke emitted from a diesel vehicle can be easily discerned by naked eyes which show that the health of engine is not okay and is throwing noxious gases and fumes in the air. Not only that, high smoke indicates that the vehicle is incapable of making use of the fuel efficiently and that can lead to more hydrocarbon emission and poor mileage. For such vehicles, it is necessary to check its PUC certificate so that we can rest assured that it is not harming the environment in any way.

What can we do to ensure its success?

So, this is an essential need to make every Indian follow this verdict to make environment healthy and sustainable. It will be a great move to check your motor vehicle at regular intervals for the emission levels recorded in the car. This way you can do your bit as a responsible Indian citizen and help to curb the alarming rise in motor vehicle pollution in the country. 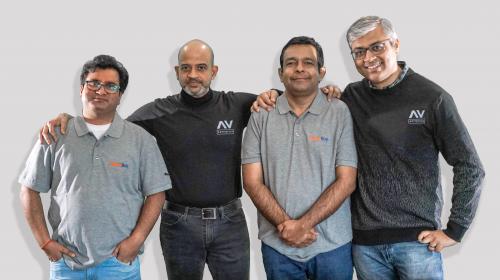