Air quality has been the talk of the town lately when all of us witnessed a dark hazy day covered in smog and difficulty in breathing. All the schools remain closed, and people were advised not to…

Air quality has been the talk of the town lately when all of us witnessed a dark hazy day covered in smog and difficulty in breathing. All the schools remain closed, and people were advised not to exert themselves into physical activities. All other precautions are taken that included odd-even and no construction during those days. No matter what precautionary we make, the air quality is deteriorating for a long time. People living in Delhi-NCR are going through the worst. New Delhi tops the chart when it comes to the most polluted city in the world, and it comes as no surprise that people living here have started to feel the symptoms of this hazardous air they are breathing in. While others have begun to realize the signs, the poor air quality has become worse for patients suffering from respiratory ailments like Asthma and tuberculosis. Kids, pregnant women, and elders are most prone to suffer. As this has increased the chance of falling ill, this has also increased the visits to their doctor. Now the question arises, does it also impact health insurance premiums?

The lifestyle in metro cities, especially in North India calls for more claims. According to a recent study by the Central Pollution Control Board (CPCB), 41 Indian cities are suffering due to poor air quality is poor. Urbanization, deforestation and water pollution altogether has added to the prevailing air quality conditions and are hazardous to human beings and nature.

In addition to the lifestyle changes and busy schedules, it is also because of the expensive medical facilities in Delhi-NCR and other metro cities. Along with the world-class treatments, the cost of treatment of cardio and respiratory ailments remains high.

Insurance companies provide policies based on every disease. As the pollution level has increased, and showing its adverse effects on people, insurers are likely to introduce specific policies that may cover for existing respiratory disorders due to rising pollution.

Insurance companies are not bothered by the spiking level of pollution and the resulting claims. Still, if the situation doesn’t come under control in the meantime, it may show its impact on premiums as well.

Health insurance premiums are a must if you are living in such adverse conditions. You can anyway opt for any standard health policy with lower premiums or an OPD cover that can cover your expenses on frequent doctor visits. Amidst numerous health policies available in the market, we advise you to choose a plan wisely that suits the need of your family. 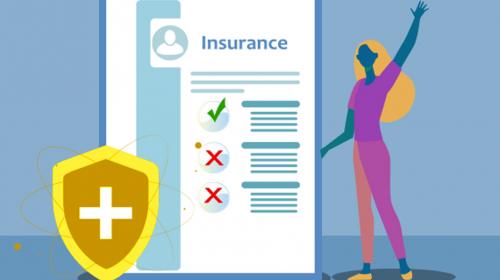