Important as they are, health insurance terms are no less befuddling for the potential investors. In fact, with more and more health insurance options cropping up on a fairly daily basis, people tend…

Important as they are, health insurance terms are no less befuddling for the potential investors. In fact, with more and more health insurance options cropping up on a fairly daily basis, people tend to be more riddled about which is the most appropriate scheme. Accompanying any policy is the terms and conditions which are designed ingeniously. Consequently, laymen may find it extremely difficult in understanding health insurance terms.

Apart from these, a purely technical indulgence kind of petrifies the policyholder. Consequently, one is bound to misinterpret the possibilities. Therefore, it is imperative to educate the policyholder regarding understanding health insurance terms, common and otherwise.

Premium is the amount of coverage the policyholder shells out each month or year in order to avail the particular health insurance scheme. The premium policy varies from one company to another.

Generally speaking, the amount a policyholder needs to pay before the coverage officially takes effect. Also, it is important to keep in mind that deductible and premium are inversely proportional to each other.

Co-insurance is essentially defined as the amount of money the concerned policyholder owes to the medical provider after the deductible has been cleared. So far as health insurance schemes are concerned, co-insurance is one of the most fundamental terms associated. Broadly speaking, it is calculated as a certain percentage of the overall amount of the bill.

As the name suggests, the term is congruent with co-insurance. However, the basic distinction between the two terms lies in the fact that the former must be cleared at the time of service. Essentially, the amount of co-pay does not count on the payment of the deductible.

It is defined as the time specified during which the concerned policyholder may apply or modify a scheme in order for the inclusion of one’s family members. Indeed, a majority of policyholders need an enrollment period in order to accustom their respective plans with major life changes such as marriage, birth and divorce.

Fundamentally, the term is associated with any kind of pre-existing ailment during the application for a health insurance scheme. Essentially, the concerned policyholder must divulge his or her current symptomatic conditions, if any. It is important to keep in mind that in certain cases, the premium tends to increase, thanks to a pre-existing condition.

As the name amply hints, it is defined as the extension of coverage provided to policyholders no longer covered under the concerned health insurance plan. Broadly speaking, the beneficiaries of such extensions include the likes of former employees or retirees.

Fundamentally speaking, employer-sponsored coverage is one where concerned employers shell out over fifty percent of the monthly premiums. Apart from that, such schemes may also require the employers to cover the monetary interests of the respective employee dependents.

Broadly defined as a design for individuals yet to be insured, the short-term coverage plans are generally hailed as one of the most economical health insurance aspects. Consequently, the short-term coverage policy is one of the most sought-after schemes, thanks to its immense economic advantage. However, the provisions are not without limitations. 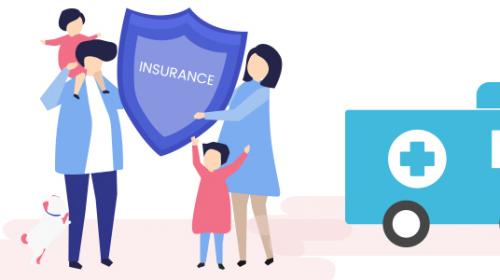 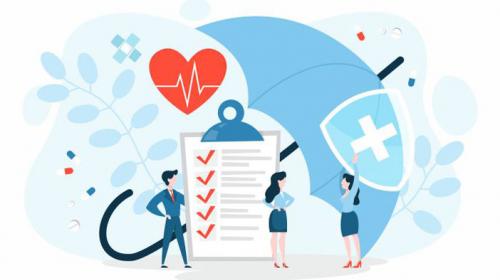