Third-Party Compensation: Should Vehicle Drivers or Owners Pay for It

Should drivers or owners pay for third-party compensation in accidents? It is the human tendency to blame others when there is damage. On contrary, it is also the human psychology to believe that we…

Should drivers or owners pay for third-party compensation in accidents?

It is the human tendency to blame others when there is damage. On contrary, it is also the human psychology to believe that we don’t get hurt if we won’t hurt anyone. It is not the debate on how far these two statements are true or false but the reality is we make mistakes due to which innocent people get hurt and we too get hurt for no mistake from our end. These two situations generally appear in road accidents and the vital question here is ‘should vehicle drivers or owners pay for third-party compensation in accidents’!

Insurance companies expect the vehicle owners or drivers to compensate the fines or purchase extra third-party coverage. However, everybody does not agree with this. It is an interesting question in the insurance industry whether it is a solution to make them pay a part of the compensation? The laws of our land have stated that it is compulsory to have third party insurance coverage for all the automobiles. This does not make the insurer’s job difficult as the penalty is absorbed by the collected premium.

Indian drivers earn about an average of Rs10,000 to Rs 15,000 per month and their financial status does not permit them to bear certain parts of the compensation payable to the victim of an accident caused due to their mistake. This is a practical situation in most of the cases due to the lower strata of the society these driers belong to where a driver hits and creates an accident. Delays in judicial system also worsen tracking a driver and implement the order after several years in the process of a trial. It becomes a social responsibility on the judging front’s part to understand the vulnerable situation of the drivers’ financial condition and act accordingly. But it has to be kept in mind that irrespective of their poor conditions, they are equally vulnerable to make mistakes like the other people belonging to upper financial strata who drive.

The same kind of situations could appear in fixing liability on a vehicle owner as the laws of any land are equally applicable to everyone without discriminating between rich and poor vehicle owners. We can find many numbers of people with average financial condition who purchase a vehicle on hire to work on it for a decent income. Such moderate-income dwellers can’t afford paying a hefty compensation and it will be inhuman to say that they have no chance to commit mistakes due to their financial condition. Additionally, an owner can sell the vehicle, change the residential address, transfer, or die by the time the trial of the case gets completed and verdict arrives. This would complicate the job of the official in implementation of award compensation and the question‘should vehicle drivers or owners pay for third-party compensation in accidents’ remains unanswered.

Considering all these elements, the Indian laws of insurance domain made it compulsory to possess third party insurance coverage for all the commercial and personal vehicles. This concept however would not pose a stress on the insurance company as the penalty payable is equipped through the premium paid by the policy holder. The additional benefit is that the insurance companies have their existence across the nation. Hence, it is easy for the insurer to recover the compensation from the related source. It can be said that the payment of the whole compensation by the insurance company is considered as the best solution.

Undoubtedly, there is no other worthy thing than a valuable compensation to the victim if the owner or driver is able to pay it. It is not fool proof to consider the idea of the insured driver or owner taking their share of third party compensation. It very much fails the idea of obtaining the third party coverage for the insured owner or driver as the policy holder will have to pay from their own pocket and stand vulnerable to unforeseen liability which is extremely cumbersome to get rid of. If this answers the question ‘should vehicle drivers or owners pay for third-party compensation in accidents’, there are still more to put light on.

On the victim’s part, we cannot call any other compensation valid if the driver or the owner has no source to pay it and in many of the scenarios, many projected issues appear which are tough to resolve. The body of law states that an interim compensation for permanent disability or death of a victim is attributed to a fool-proof principle. The very idea of this policy gets affected if the compensation has to be borne by the owner or driver who is on fault. The principle’s idea is to get greater relief to the victims in a fast pace as they have already suffered much for no mistake on their part. This article should suffice the feed required to answer the question ‘should vehicle drivers or owners pay for third-party compensation in accidents’!

What Is First, Second & Third Party in Insurance?
Read more 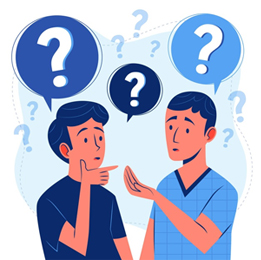